Posted on December 8, 2015 by Iron Troll Leave a comment

Robert Warren Ray aka Bobby Ray aka Azzmador. What can I say?
Why is is that White Supremacists tend to be middle aged, overweight, underemployed men with prison records?

It’s cute how stupid you are…

Perhaps because you’re a deranged leftist who is intolerant of any opinion not his own?

ASIA FOR THE ASIANS, AFRICA FOR THE AFRICANS, WHITE COUNTRIES FOR EVERYBODY!

The Netherlands and Belgium are just as crowded as Japan or Taiwan,
but nobody says Japan or Taiwan will solve this RACE problem by bringing
in millions of third worlders and quote assimilating unquote with them.

Everybody says the final solution to this RACE problem is for EVERY
white country and ONLY white countries to “assimilate,” i.e.,
intermarry, with all those non-whites.

How long would it take anyone to realize I’m not talking about a RACE
problem. I am talking about the final solution to the BLACK problem?

And how long would it take any sane black man to notice this and what kind of psycho black man wouldn’t object to this?

But if I tell that obvious truth about the ongoing program of
genocide against my race, the white race, Liberals and respectable
conservatives agree that I am a naziwhowantstokillsixmillionjews.

They say they are anti-racist. What they are is anti-white.

Anti-racist is a code word for anti-white.

You called me a rude dick but you were unable to refute a single point I made.
Good job, Marxist.

Political Correctness is a malignant tumor growing on Western societies. If we cannot speak honestly about our opinions, no matter who or what we offend, there is no freedom.
I find it reprehensible that all these so-called conservatives think that Charlie Hebdo was some kind of Free Speech guru, when he fired 3 reporters for criticizing Jews, and tried to get the political partyFront national banned from France.
The Jews who own 96% of the world’s media would have you believe that somehow criticizing Muslims is FREE SPEECH, while simultaneously believing that criticizing Jews is HATE SPEECH.
The hypocrisy boggles the mind.

Killed what? The economy? The traditional American demographic?

Excellent comment Mr. Bastunas! It has become obvious that the Israeli Lobby & their agents in the West i.e. organized Jewry in the form of AIPAC, ADL, ACLU, etc, have a real hate-on for White civilization.
No one ever seems to ask why the following is the motto of all Cultural Marxists:
ASIA FOR THE ASIANS
AFRICA FOR THE AFRICANS
WHITE COUNTRIES FOR EVERYBODY!

Want to know who’s responsible more than anyone for the presence of all these Muslim savages in our White countries?
Israeli citizen & sociology professor Barbara Lerner-Specter is happy to tell you!

“I think there’s a resurgence of antisemitism because at this point in
time Europe has not yet learned how to be multicultural, and I think
we’re gonna be part of the throes of that transformation, which must
take place. Europe has not yet learned how to be multicultural. Europe
is not going to be the monolithic societies that they once were in the
last century. Jews are going to be at the center of that. It’s a huge
transformation for Europe to make. They are now going into a
multicultural mode, and Jews will be resented because of our leading
role. But without that leading role, and without that transformation,
Europe will not survive.” – Lerner-Specter

These anti-Whites are pathetic. You can burn a White girl alive, no problem, but if you say “brown-bag lunch” or any number of other pathetic “micro-agressions” you’re a racist naziwhowantstokillsixmillionjews.
I agree with Ramzpaul, these White people who are “anti-racists” & advocate diversity uber alles are hypocrites unless they kill themselves.
Get to it anti-racists, no one likes a hypocrite! 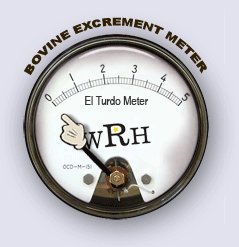 Discussion on Council of Conservative Citizens 56 comments
Which 2016 GOP Presidential Candidates do you support?

They’re making an issue about Trump & not Dershowitz because Dershowitz is a “chosen one” & trump is not.
Look at who owns the media.

I want to Vote for Kenn! Let’s make this happen!

ROFL! She’s pro-war, pro-Israel. That means once she’s in office she’ll be just like the others.

Come on guy, let everybody be violent! It makes sports way more interesting! Put them all on massive doses of steroids, amphetamines, & painkillers, then set them loose with whiskey & guns!

Don’t you have any team spirit?

Good. All of Congress should boycott the bastard. Let him speak to an empty chamber & let him go home empty-handed!

No it doesn’t. People continue, & resort to theft, robbery, prostitution, etc.
A moment of clarity and hard work staying sober is what gets people clean. I know.

10 ReplyView in discussion
Discussion on Photography is Not a Crime 108 comments
PINAC Reporter Arrested by Clueless Cop, Leading to Facebook Damage Control by Police

You’ve really lost it, Buehler. It’s no wonder you became so irrelevant so quickly.

But anti-White stereotypes are okay, like trailer trash, inbred, Nazi, KKK, redneck, etc.
Whites built this country & handed it over to Satanic Jews & now look at what we have!