On March 9th, 2015, Catfish Gary LaFollette announced that one of his followers “Jacob” was his brother and had committed suicide.
This was a lie. There was no brother. The Jacob account was one of Gary’s sock puppet accounts. Gary had catfished a woman and couldn’t get rid of her so he faked his own death.
It was Gary’s 4th ex-wife (I know! 4th!) who let people know that Gary was alive and living at his mom’s house in Sevierville, Tennessee.

Gary posted an announcement about the untimely death on Pastebin and then the condolences started pouring in.

R.I.P Jacob
On behalf of my family, I would like to take a moment to thank those of you who took the time to express condolences to our family. Jacob was a man with a huge heart & deep sense of patriotism. Instead of donations please donate time or money to the wounded warrior project. Thank you

@Haji_Hunter762 @g1inn @Mobile_Sensei OMG how sad. Prayers for you & your family! May God bless our #Veterans & heal #PTSD, other issues!

@Mobile_Sensei Just heard about Haji_Hunter! My condolences as a VET and it’s a damn shame.#PTSD Damn govt needs to do more.#reality #vets

@Mobile_sensei_ and now he has a fake acct. using my pix. The DA is going to love this http://t.co/kjjqnwIh2g 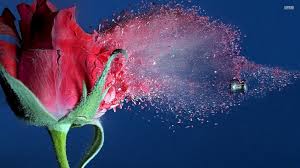 @Haji_Hunter762 he did it himself. Goodnight

@Mobile_Sensei I am SO SORRY. EVERYONE, he has committed suicide

R.I.P. @Mobile_Sensei prayers for your family and loved ones.

@RXgyrl0929 @Mobile_Sensei I think a family member. Said he was their brother