CJ is one of the women for whom the Kate Gosselin haters crossed over the line between free speech on the internet to In Real Life harassment.
CJ has a popular blog called o and a with cj and Neal Rauhauser stopped by for a visit.  Since Neal has harassed CJ in the past, there;s absolutely no sane reason why Neal would be visiting her blog except to troll…but Neal got trolled back much harder.

Reality TV skank Kate Gosselin long ago discarded James McGibney, mostly because she was wise enough to know he was going to end up where he is today – financially and reputationally ruined because he makes judgments like a boy in his early teens.

Hrm, a comment but no statcounter? Clearly, this is the work of hackers …

*yawn*
Cryptostorm subpoena response process is hilarious and they have methods .. curious methods … for dealing with troublemakers.
I had heard it was pretty stupid over here, glad to see reality more or less matches the reports.

Oh Neal, learn to take a joke.
No one here has any interest in trying to subpoena Cryptostorm.
I think you need to work harder on your troll and SE skills. They’ve been a little lacking lately.

Hrm, no smart remark about the reverse lookup for that IP, eh?
How about this one instead? Be sure to tell that histrionic twerp all about it. Knowledge about origin IPs worked out SO well the first time, didn’t it?

Biggest non-secret on the interwebz! NONE of them “care about Kate” but yet, they tweet hundreds of thousands of tweets to her,knowing she’s blocked them all *years* ago!

When she doesn’t respond they child bash her kids, and when that doesn’t make her pay attention to them, they start Jon bashing,lols all around!
Well played, Kate. Well played indeed! Ignore them and sit back and laugh at their frustrations!

Bwahahahahaha! Now I will always read his internet ‘voice’ with an Elmer Fudd accent, LOLOLOL!!!

Neal has a madz

Sssshh Neal has a madz. He’s not gonna get any money from McGibney so he’s coming over to your “dead” blog to tell you how stupid we all are.
That’ll show us.
HAHAHAHAHAHAHA

CryptoStorm to the rescue

Hey don’t make fun of the Kneal for using CryptoStorm VPN. Just because Douglas Spinks got arrested for running a bestiality farm, it doesn’t mean the Kneal is necessarily into wabbits, or goats, or well ….whatever.

Or is it ‘ewe’? Inquiring minds… 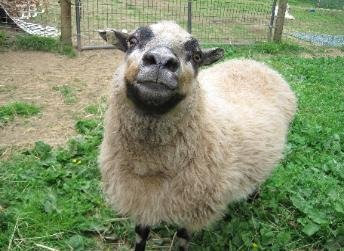