Posted on August 1, 2016 by Iron Troll Leave a comment 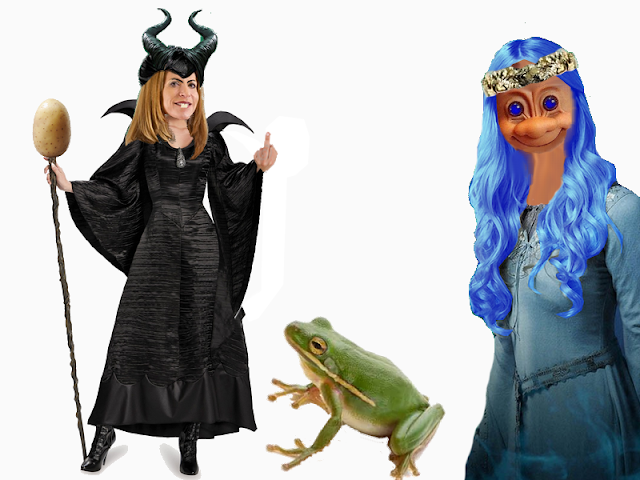 Ding Dong the witch is dead. At least temporarily anyway.

Kathy Scott, owner of Great Scott Media and writer of several blogs, was suspended from twitter for using multiple accounts to engage in harassment.

Scott had several accounts suspended including her main account, @1000girlpower, which had 17,000 followers.  The account is named after her well known blog of the same name. It’s very sweet irony that today happens to be National Girlfriend Day.

Twitter allows one account per issue per person. In Kathy’s case, all her accounts were used for the same reason so she was finally busted. It’s possible Twitter may let her keep one account if she appeals, that’s what they usually do with multiple account violations. But there are rumors that law enforcement is involved so tweeting may be the least of Kathy Scott’s problems.

Scott has a history of using Twitter accounts and blogs to harass people she doesn’t like. She was teamed up with disbarred lawyer, Vinnie Spina, not long ago, to go after some people the two hate in common. Spina and Scott have parted ways in recent days which may be due to the rumored involvement of law enforcement.

It seems the police don’t appreciate people calling 911 to report someone being mean to them on Twitter.