Revenge Of Milo And The Alt Right, Leslie Jones Hacked 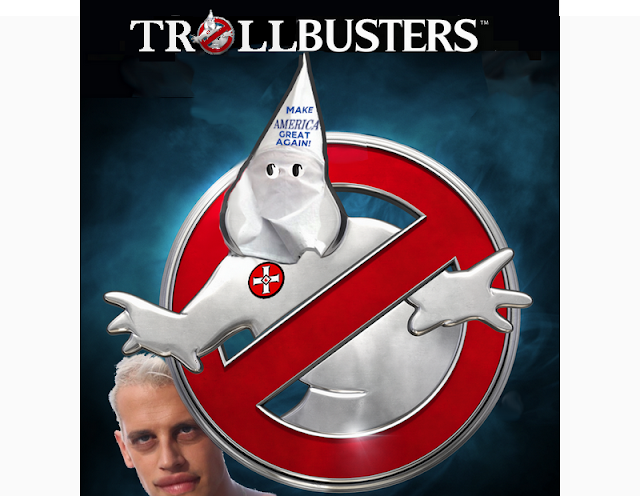 And so today Leslie Jones website was hacked, her personal info, nude pictures and a video of Harambe the gorilla posted. It was another attempt to degrade and dehumanize her for her skin color, her size and her Twitter spat with Breitbart writer, Milo Yiannopoulos.

Milo is a gay, British citizen, who somehow ended up on the staff of Breitbart as a writer. Even though he can’t vote, Milo tours the country campaigning for Trump to his small group of fans, many of whom aren’t old enough to vote or will be voting in their first presidential election.

Milo’s fans are pretty much all Alt-Right, White Supremacist, Trumpkins as well as former gamergate trolls, which seems to be the new demographic that Breitbart is aiming to attract, going further right than the GOP and the Tea Party have ever ventured before.

Prior to his final suspension, Yiannopoulos was suspended several times and even lost that coveted blue Verified checkmark next to his name. In fact, it’s the lack of the blue verified checkmark in the forged tweets he posted that showed he had posted fake tweets to incite his followers. Milo claims his free speech was censored but in reality, he was engaging in hateful behavior and inciting his little friends to do the same.

It’s very possible, due to the racist nature of this hack, that it will be considered a hate crime as well as an illegal intrusion. And it will certainly have the Feds involved. Someone is likely to be V& and facing some time behind bars.

Milo’s reactions to the hacking are below. Below those is one of the forged Leslie Jones tweets Milo posted. 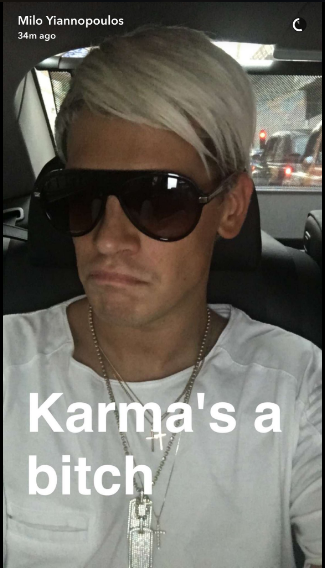 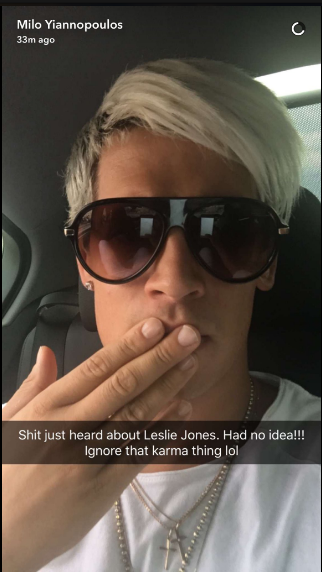 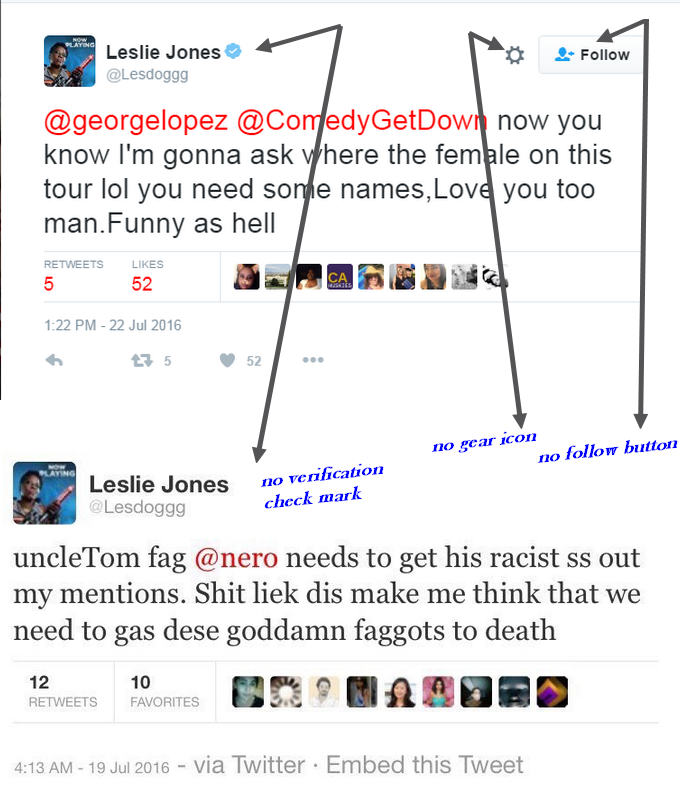