And Then There Were 9 Days Of Discovery 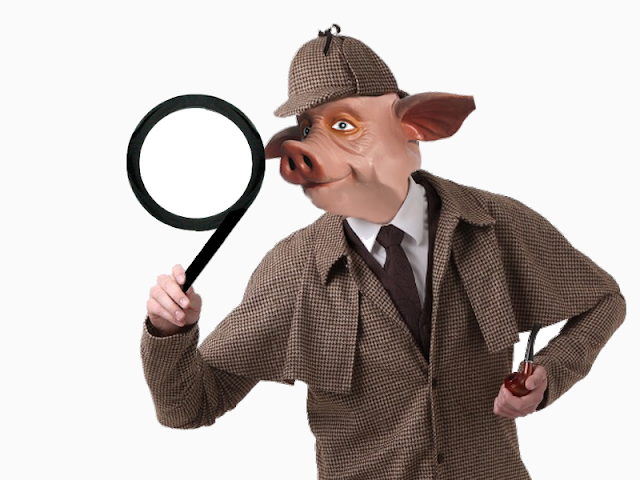 Yes! Only 9 days left in court discovery for the civil lawsuit against Vinnie Leonelli-Spina. The hallways here have been buzzing with gossip over whether there might be some kind of mediation between the New Jersey Lawyer’s Trust and Vinnie Spina in order to avoid a trial jury but I’m thinking Vinnie is just going to ignore the whole thing for as long as she can. So, expect a jury trial to be scheduled when discovery ends on July 19th.

And of course, there’s Vinnie’s charges of harassment against me. The hearing on July 6th was postponed until whenever. I haven’t heard a new time yet but Vinnie will notify her friends, Tom Retzlaff and Neal Rauhauser, so the new date will probably be posted at the Viaviewfiles blog.

And of course, the investigation by the prosecutor’s into Vinnie for her continuing to practise law after her disbarment continues.

I ran across the following court docket below that gives a nutshell version of Brandon King’s decade long custody battle with his ex-girlfriend. Brandon filed for custody even though he wasn’t paying his court mandated child support.

The docket summaries are very brief but you can still see that this was one of those horror stories where the child was treated as a possession and fought over. 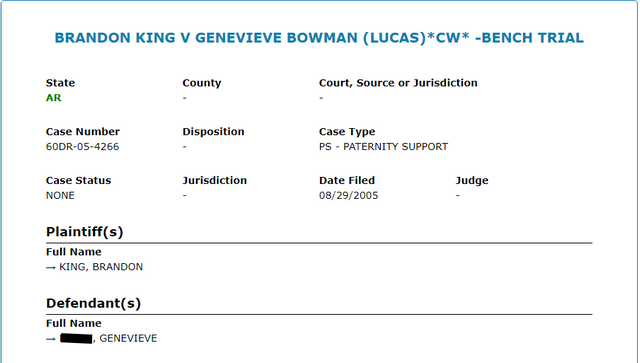 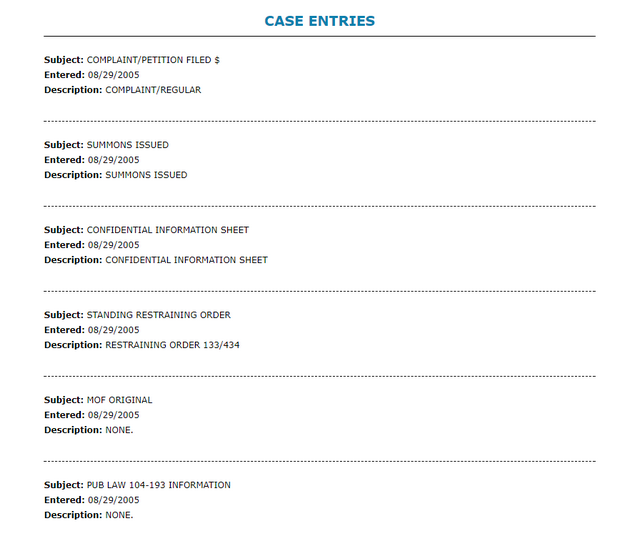 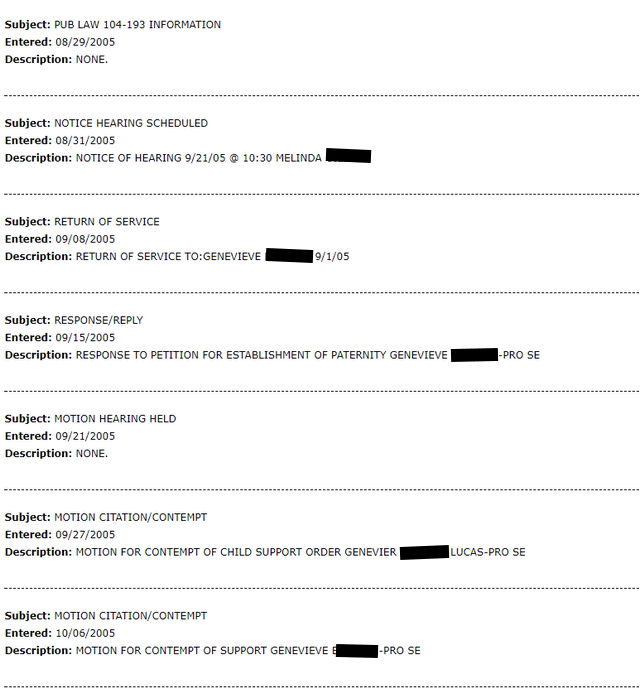 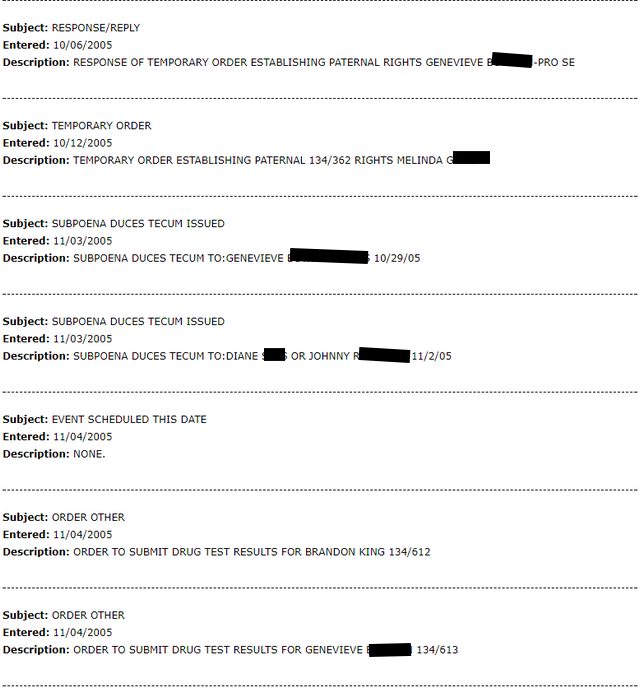 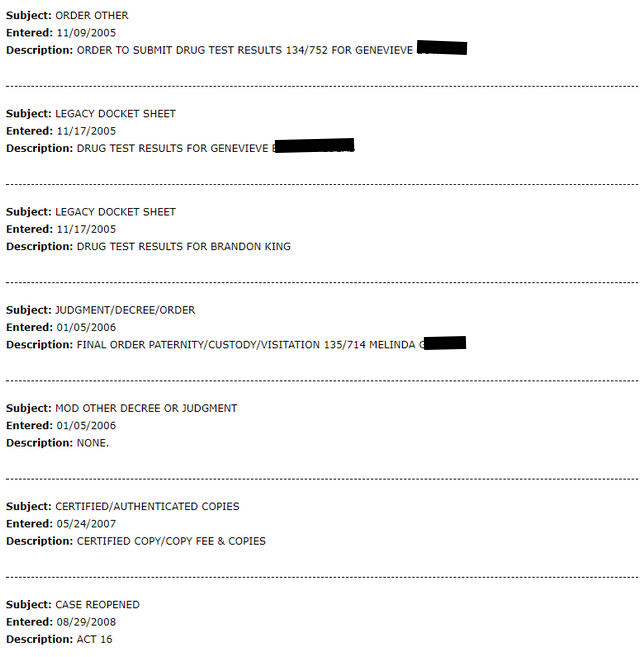 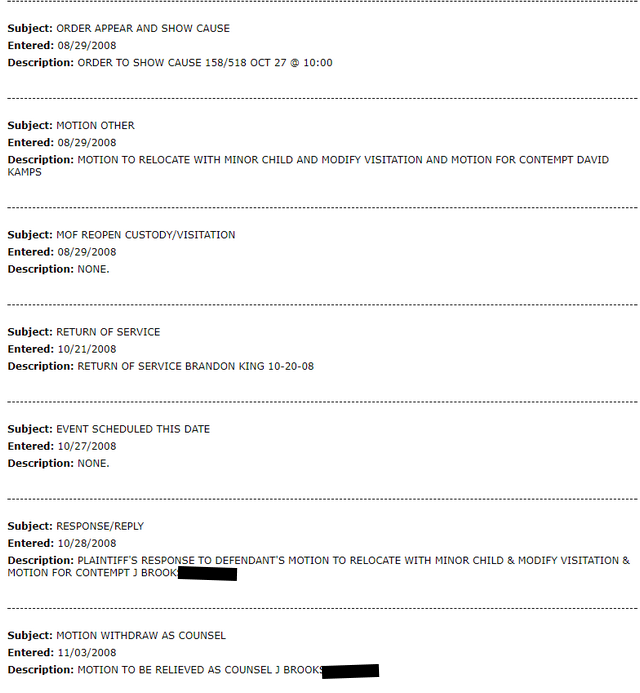 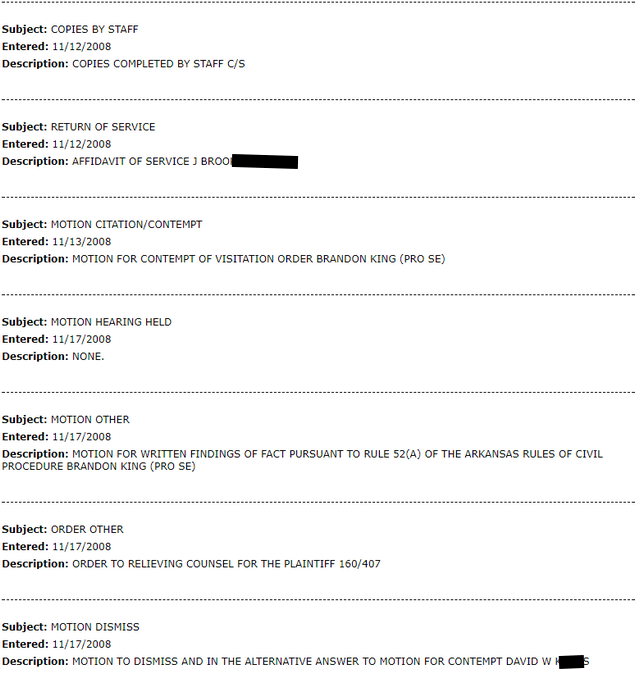 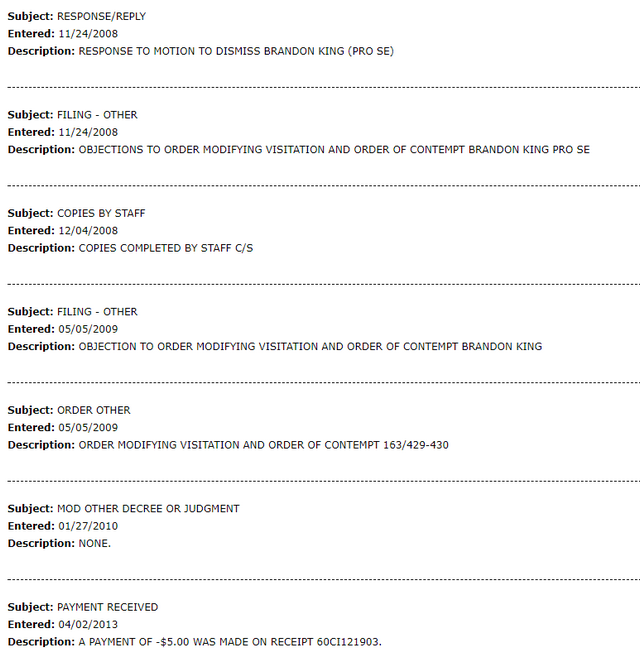 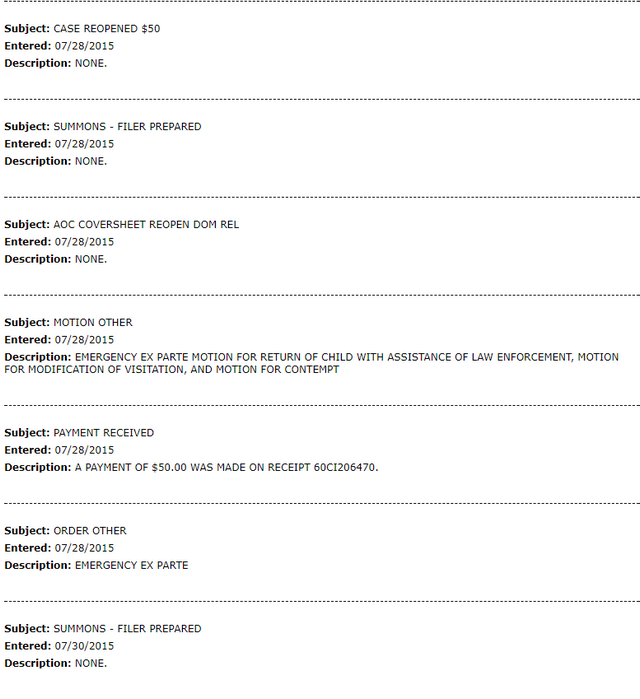 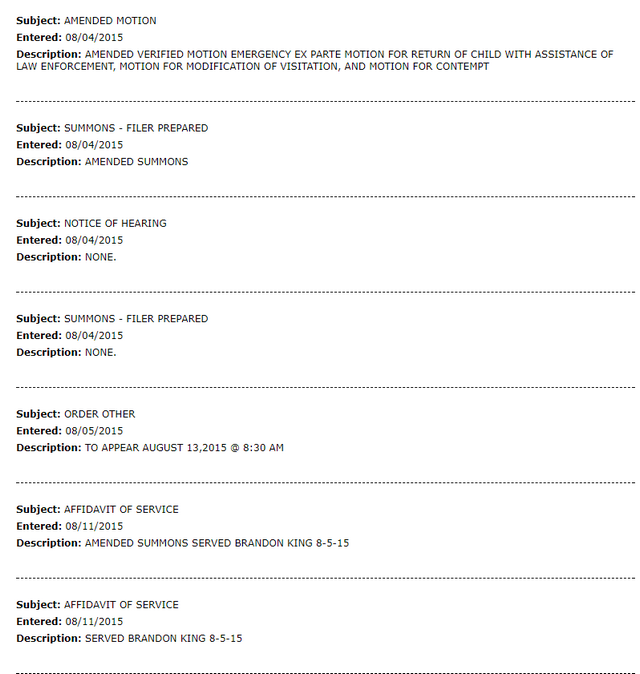 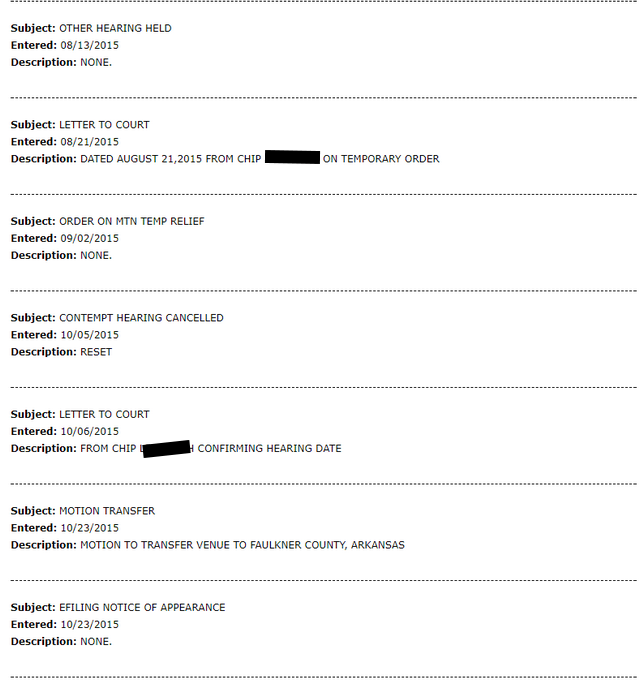 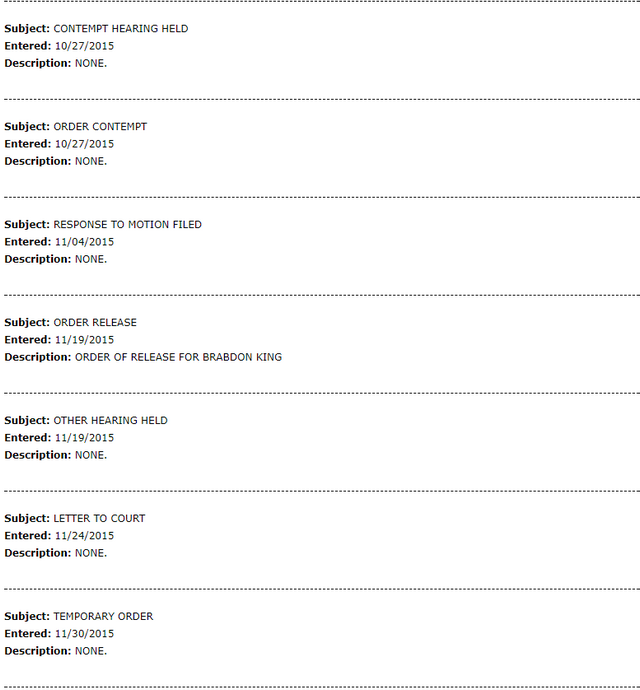 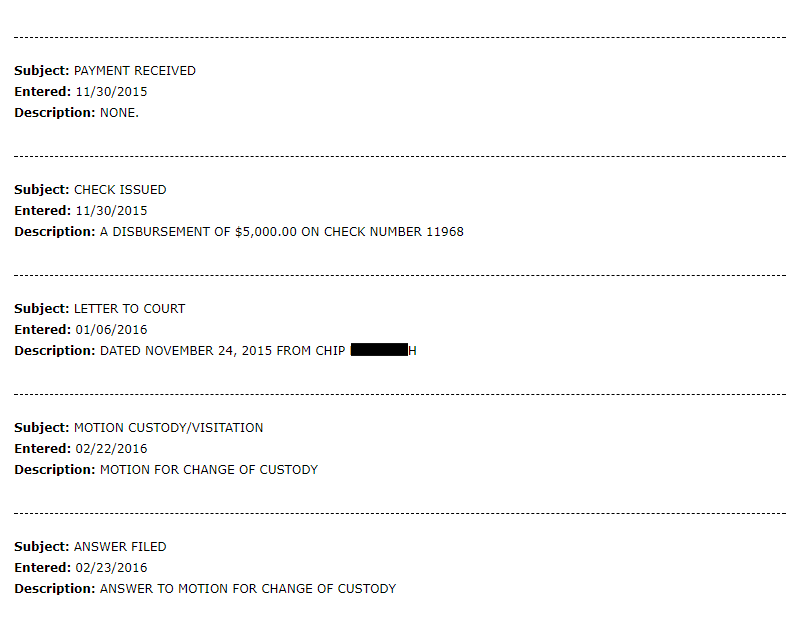 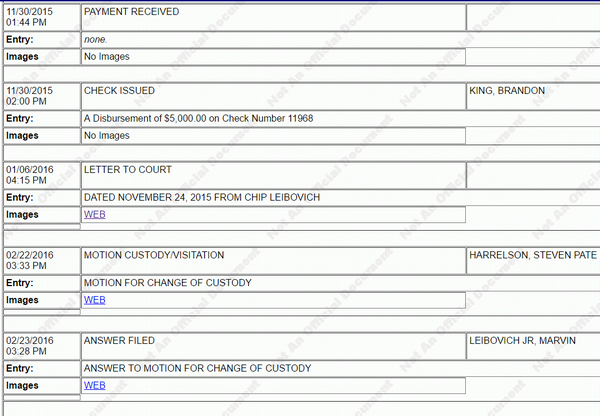