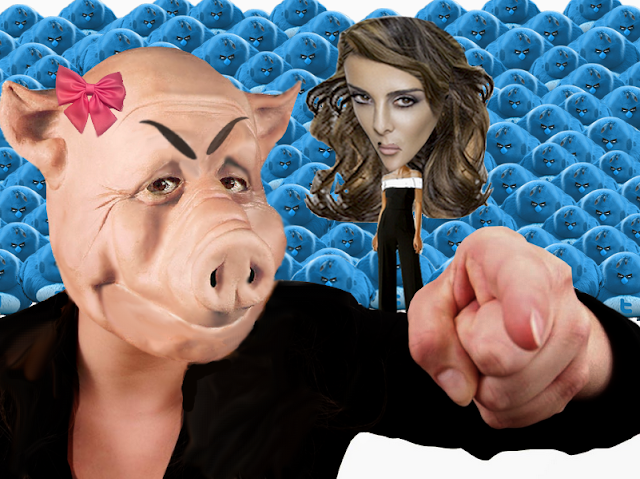 A Cease And Desist letter was sent to Siggy Flicker’s publicist, Vinnie Spina, this week demanding that she knock off her bullshit.

Actually, my new lawyer sent Vinnie two C&Ds, one on my behalf and one on behalf of Shari Weinick. Shari was the recipient of Vinnie’s 5th harassment complaint filed in Paterson Municipal court and has been one of Vinnie’s targets for years.

As you’ll see in the C&D below, it mentions that Vinnie is believed to use assorted aliases and accounts to harass others. While the letter doesn’t name specific accounts, there are 6 that are believed to be used by Vinnie, including the verified @SiggyFlicker account. It’s believed Spina has, or had, access to that account and used it to make derogatory comments, accusations, and incited Siggy Flicker’s followers to do the same.

The C&D notifies Vinnie that she’ll be held responsible for the actions and statements of individuals who’ve been assisting her in her harassment campaign.

There are numerous people who act on behalf of Vinnie. A couple of theme are current members of “Team Siggy” who tend to do whatever Vinnie orders, but she has some long time friends who’ve helped her harass people for years. There’s a list below the commercial break that includes some, but certainly not all, of Vinnie’s Minions.

Here’s the C&D on behalf of Shari 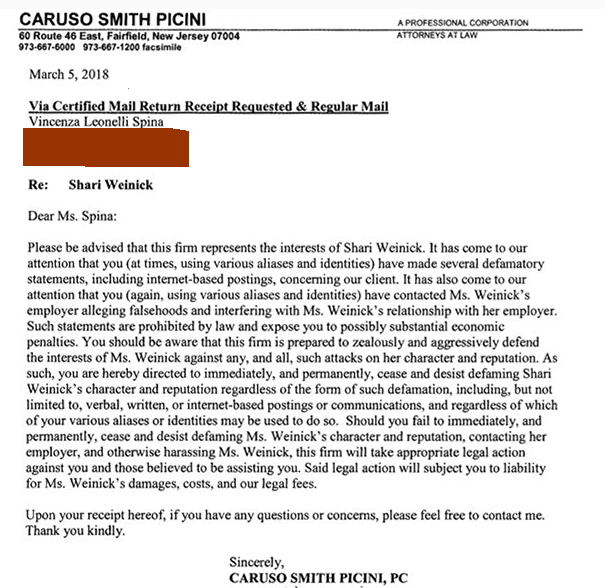 Accounts alleged to be operated by Vinnie Spina: