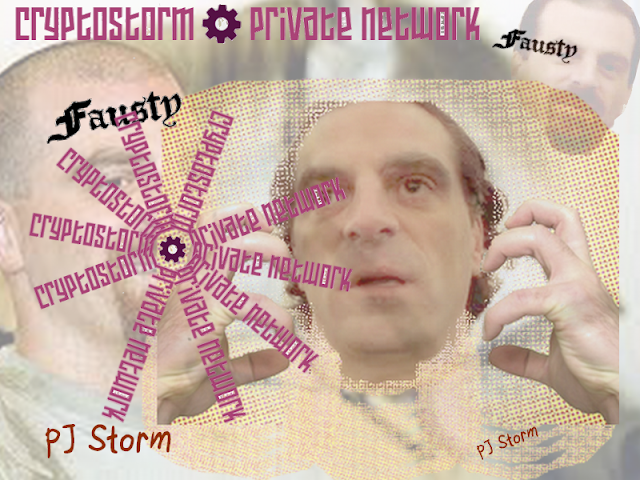 Cryptostorm creator and owner, Doug Spink, had another spell over the weekend in Zelienople, Pennsylvania  and faces a dozen felonies once he completes a psychiatric evaluation.
Doug has had quite a few problems with the law starting 15 years ago when he was caught trying to smuggle drugs over the border. And then there’s that animal brothel thing he was running…
Spink is a very vocal activist for “cross species alliances”, a proud “zoophile” who considers bestiality to be a major part of his lifestyle. He doesn’t have pets, he has four legged family members that are also his lovers.
Doggy Doug was just released from jail in February after being arrested in Canada in November of last year. He served several months before being deported and asked to never return to Canada. The incident in Canada involved an argument with a fellow zoophile, a burning house, a large dog and Doug running through the streets wearing only a towel. Doug ended up being charged with assault with a weapon, uttering threats, possession of a dangerous weapon, resisting a police officer, mischief, breaking and entering and assault. Canada considered adding more time for being in the country illegally but decided they just wanted him gone.
But here we are now, Doug’s been out of jail less than two months, living with his mom in Pennsylvania and he’s already involved in another incident.

On Monday evening Doug forced his way into his mom’s bedroom and took her gun, a .38 revolver. They argued and struggled over the gun which subsequently went off twice. Doug then took off down the street yelling for someone to call the police because his “house was being robbed”.
Police caught up with Spink at a convenience store a mile away where he refused to give himself up, biting and clawing at the officers trying to take him into custody. It took more officers and three sets of handcuffs to subdue Doug who was then strapped to a gurney and taken to a hospital for evaluation and treatment for some minor injuries.
Doug caused an estimated $5000 in damages and faces felony charges which include five counts of aggravated assault, three counts of discharging a gun into an occupied structure, three counts of criminal mischief, and one count of illegally possessing a firearm.
But yeah, sure, go ahead and use Spink’s VPN Cryptostorm. Even though Doug has been under observation for years because of his bestiality, I’m sure Cryptostorm, his 4th VPN effort since his first arrest, is still secure. And you’ll be supporting the noble cause of cross species sex while in the company of other animal lovers like Doug.